On April 5, 2019, a lot of web pages indexed on the Google search engine fell down to lower ranks and even disappeared from the Google indexing. Many site owners got panicked due to this incident as they lost their rankings, user traffic, and a little money as well. When reported, Google made a tweet after 2 days on April 7, saying that they were aware of this issue and this was caused due to a google deindexing bug. It automatically deindexed many URLs on the web. The tweet further said that the issue was almost resolved and there was no need to put extra efforts from the site owners’ side. When the issue would be completely resolved Google would notify the owners.

4 days after this tweet, i.e on April 11, Google made one more tweet. It mentioned “The indexing issue has now been fully resolved. We apologize for the inconvenience. We appreciate your patience as we restored normal operation.”

Google claimed that the URLs were indexed back and gained their past ranks, but was this issue completely resolved? Not actually.

To the above tweet made by Google, there were many replies and complaints claiming that their site was still not indexed back on Google. Due to the Google deindexing bug, tons of web pages were removed from Google. It became very difficult to index back all of them in a short span of time. Technically, it was expected.

To all these complaints and questions some tweets were made by Google technicians about the issue. There is a guy named John Muller, who is a Webmaster Trends Analyst at Google. He tweeted on April 7 saying “we don’t index all URLs on the web, so even once it’s re-processed here, it would be normal that not every URL on every site is indexed. Awesome sites with minimal duplication help us recognize the value of indexing more of your pages.”

So, what John meant is that the bug which was causing the URLs to deindexed could be resolved but all the pages that were deindexed in the meantime cannot be reindexed again. That is, no URLs will be deindexed further and only some of the past URLs will be re-indexed. Reindexing all the deindexed URLs is another issue that may take another period of time.

To all the complaints John made one more tweet which said that the Google search engine was still catching up, but it would settle down soon as Google’s AI was working on it. All the URLs will be indexed soon.

To the tweets of John, some google webmaster experts asked him to manually index the URLs. They can take the help of Google Search Console and URL inspection tool. John agreed to this suggestion and said that the site owners could use the Google Search console to reindex their URLs on the google.

There is a “URL Inspection” tool or option on the left side of the Search console. Here you can paste your URLs one by one which was deindexed from Google. The tool will inspect whether your URL is indexed on Google or not. If yes, there is no issue but if no, then you can manually index it again. It can be done using Google Search Console or Webmasters.

How many web URLs were affected?

Google did not make an announcement regarding the number or amount of web pages that were deindexed. Instead, it said that there were tons of pages out there that were deindexed. Hence, it is a difficult task to figure out accurate numbers at present. They would soon come up with numbers and notify them of the tweet.

Since Google did not share any number, there is a tech website which shows a possibility that 4% of the websites or web pages lost their rankings. And the reason is the Google Deindexing Bug. Well, this site also does not give the exact numbers. And it is uncertain how many websites were deindexed, how many of them were reindexed back, and how many of them have not still got their ranks back. 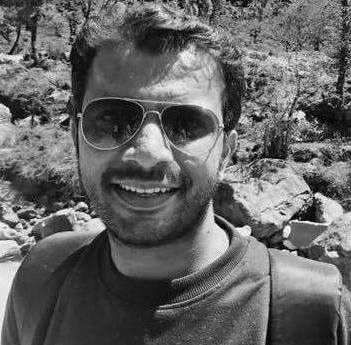 One thought on “Google Deindexing Bug 2019”