Most of the people don’t know what Schema Markup is and how it can boost the rankings of a webpage.

Even some people who claim themselves as an SEO Expert are also unaware of this technique.

The advantage of using Schema Markup is that it improves the search visibility and SEO results.

Before learning how Schema Markup can help boost your webpage rankings, first understand the meaning of Schema Markup.

What is Schema Markup?

Schema Markup is basically a form of rich snippets, that are added to the website to help search engines give more clear results to the users.

Back in 2011, Google, Yahoo, Bing, and Yandex collaborated to create Schema.org, which helped web developers or owners to Add Schema Markup to their website.

Using Schema Markup on your website gives a true meaning of your content because it not only tells search engines what your content says but what it actually means.

If anyone searches for your name, search engines will tell them it is the author of the article.

Can Schema Markup help your website to rank higher in search engines?

Though there is no valid proof that Schema Markup helps in boosting your website higher in search engines, Schema Markup does help to improve CTR that ultimately helps in higher search rankings.

Precisely, most of the snippets which we see today in Google are added using Schema Markup.

Where does Schema Markup work?

These are the few examples shown here. Schema Markup works for hundred of niches.

Another study also shows that less than one-third of total websites are using Schema Markup on their website.

It is clear that millions of websites are missing Schema Markup and a great source of SEO.

How to get started with Schema Markup?

You have learned everything about Schema Markup, and now its time to start adding it to your site.

The process is simple.

“Structured Data Markup Helper,” a tool offered by Google, can help you to add Schema Markup to your site.

Just follow the steps to add Schema Markup to your site:

Step 2:Choose the niche you want to add Schema Markup for like articles, reviews, etc.

Step 3: Paste your article URL and click on “Start Tagging.”

Step 4:Your webpage will open on the left side and data items on the right side.

Similarly, highlight other elements and mark them.

Step 6: After completion, click on “Create HTML” at the top-right corner.

Step 8: When you have successfully uploaded your HTML code, you can now test it using the “Structured Data Testing Tool.” It will show you if there are any errors or warnings on your site.

In this way, you can successfully add Schema Markup to your site.

In what ways Schema Markup helps?

AMP (Accelerated Mobile Page) is the lighter version of a webpage that has a very fast loading speed as it does not load any unnecessary HTML and CSS.

These AMP versions of pages rely heavily on structured data. You might have seen AMP pages appearing on the carousel stories in Google. If you want this to be enabled, you need to have a Schema Markup on your site

When a user searches anything using voice, the chances of appearing on search results are greater if you Schema Markup on your website.

This is because voice searches will only read the featured snippet appearing in the Google search results. Hence, featured snippets appear only when you have Schema Markup added to your site.

Have you seen a carousel of shopping items while searching for any product in Google?

It appears due to the Schema Markup added to the site.

According to SEO Expert in India, the trend of online shopping is going to increase drastically by 2026.

It will be highly beneficial for your business if you reach the right audience at the right time.

If you also want your site’s product to appear in such rich snippets, you need to add Schema Markup to your site.

What happens when you search “Free SEO Tools and Search Engine Optimization Software?”

You see the names of software with ratings provided by customers.

How is it possible?

The answer is simple…

Overall, Schema Markup is a great act promoted by top search engines Google, Yahoo, Bing, and Yandex. The main purpose of this act is to provide more accurate results to the users.

Still, Schema Markup can be one of the finest SEO techniques to crack Google’s ranking. 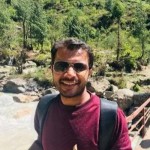 14 thoughts on “Schema Markup in SEO”